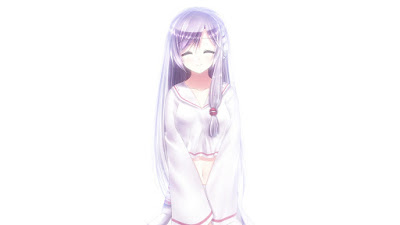 This is the first time in a long time that I have written any game reviews and what a great way to start it is to discuss about this visual novel titled Lucy ~The Eternity She Wish For~. Developed by M-Vizlab, the game was released on Steam in 2016. I was able to play the game today and I have to say this was really something.

What You Need to Know

To start off, you play the role of an ordinary high school boy set in a period where humans and robots co-exist together.. sort. One day, you stumble upon a beautiful android in a dumpster and decided to take it home. You found out that the android’s name is Lucy (full name: Lucy Valentine). As days pass, you began to realize that Lucy is not just an ordinary robot. She imitates the emotions and responses of human making her very real. 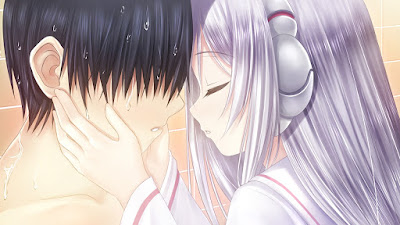 I have to be very honest with you that the last visual novel that I’ve ever played and finished ever were the Sonohanabira series of yuri visual novel games and that was it– to add to that, I played like years ago. This game had a lot of firsts for me. It was good from the start though there were slight slowdowns in  between the story. As you almost reach the end, I had that sort of Adrenaline rush especially during the climax part. I thought visual novels don’t really give you much of an impact since all you have to is like spam your left mouse or enter botton. This game kind of changed my views on visual novels and I never knew it would be this great.

The characters were great, the backgrounds, music, and sound effects were in sync depending on the scenario. What made this unique for me is that Lucy was speaking in Korean while I was going through it. I found out later that you have the option to change the voice to Japanese but I prefer it as is. I think it was more fitting. 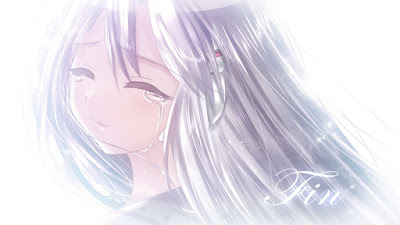 In Case of Feels, Prepare Your Hankies

As I mentioned, the climax and near ending of this game were so intense. Just when I thought that that was it, the game lead me to a “story bridge” which take you to the real ending. It was in this part that I shed tears. Couldn’t help it– the conversations and narrations of the characters were just so good that you end up getting your heart tugged by their words and emotions. 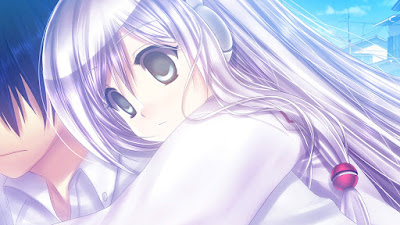 As much as I want to discuss more about this game, I don’t want to send in more spoilers. All I can say that this is one visual novel that should be on every otaku’s Steam library. I am not really fond of going through visual novels much but Lucy ~The Eternity She Wish For~ changed all that. If you are looking for a good VN with a good story (and an amount of feels), this game is for you.

As I writing this review, I haven’t fully unlocked the achievements and some extras. Regardless, this game deserves my high respects and I hope people who will get to read this review would give it a try.

**Screenshots are taken from my Steam Screenshot library
**Thank you ChrissyKitty for introducing this game to me. 🙂