‘On A Leash’ Goes on Indefinite Hiatus, ‘What Does The Fox Say’ Series Officially Cancelled

The bad news in relation to Lezhin webcomic creators just keep piling up as days go by.

In a tweet posted by Aji last February 5, the artist officially announced that Lezhin GL webtoon series On A Leash will go on indefinite hiatus. As of now, there is still no definite date to when the series will be return.

According to the Twitter post, the cause for this hiatus is due to Lezhin’s ongoing issue when regards to its creators. Aji expressed that since the closure of the site’s webnovel service, the issues have caused her a lot of stress. Aji expressed her great thanks to those who follow and read her series hoping that she will be able to continue On A Leash someday. 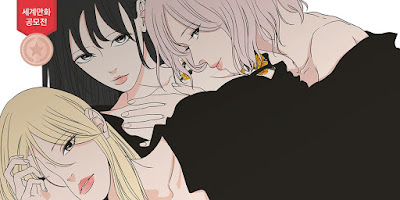 On other news, Alggumba (part of Team Gaji) announced in her Twitter account that the popular webcomic series What Does The Fox Say is officially cancelled due to a disagreement with Lezhin Comics. Similar case with Aji, the ongoing issues in Lezhin has also caused the artist and writer team to be stressed.

As much as they want to continue the  the series in another webcomic platform, it’s almost impossible to do so due to Lezhin’s contract. Hence they are left with no choice but to end it on Chapter 100.

Way back, Team Gaji expressed that they have a lot of stories planned for What Does The Fox Say – Paradise, sadly those won’t seem to happen anymore.

Two great works are left hanging with still a lot of questions left unanswered. Let’s hope that these great artists find greater opportunities and (hopefully) a better platform share their work to all GL fans around the world.