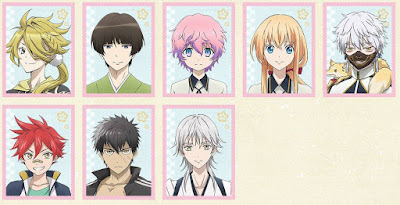 I just got back from the Cosplay Mania weekend in Manila and this is one of the announcements that welcome me.

It’s been revealed that the second episode of Touken Ranbu -Hanamaru- will have new sword boys that will play major roles the story. Their significance in the episode has not been revealed so far,  but the new sword boys line-up is something worth anticipating (especially if you’ve played the popular mobile game).