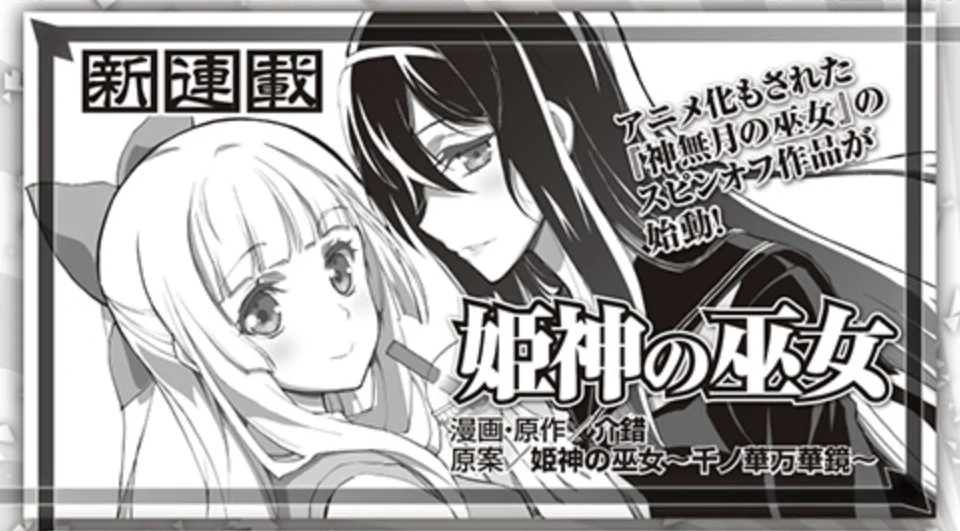 The popular yuri manga series Kannazuki No Miko (Kannazuki no Miko: Destiny of Shrine Maiden) by Kaishaku will return in a new spinoff manga. This was announced in the June issue of Dengeki Daioh magazine which was released on Monday.

The original Kannazuki no Miko manga was released in 2004 in Shonen Ace magazine. It was then compiled into two compiled volumes by publisher Kodakawa. The manga volumes were also published in English by Tokyopop but released under the name: Kannazuki no Miko: Destiny of Shrine Maiden in 2008.

The series got into massive popularity especially among yuri fans when an anime adaptation was released in 2004 in a total of 12 episodes. The anime then had a three-volume DVD release in 2006 by Geneon, and was later re-released by Sentai Filmworks.

Kaishaku is a manga duo composed of Hitoshi Ota and Terumasa Shichinohe. Aside from Kannazuki, their other work were Steel Angel Kurumi, Magical Meow Meow Taruto, UFO Ultramaiden Valkyrie, Key Princess Story: Eternal Alice Rondo, and Kyoshiro to Towa no Sora (Shattered Angels). All the mentioned series each have their own anime adaptations. Their recent work titled Red Blood Red Legacy ended in 2017.

Kannazuki no Miko’s Chikane and Himeko also appeared in other Kaishaku works like Shattered Angels,  Hazama no Uta, Himegami no Miko, The Cross Triangle, and Zettai Shōjo Seiiki Amnesian.

While we are still waiting for more updates on the upcoming Kannazuki no Miko spinoff manga, I guess this is a pretty good time to rewatch all the anime, yes?