Before I head on to review more Yuri manga and webtoons, let’s sit back and relax for awhile and talk about the things that are in-between. Character features! 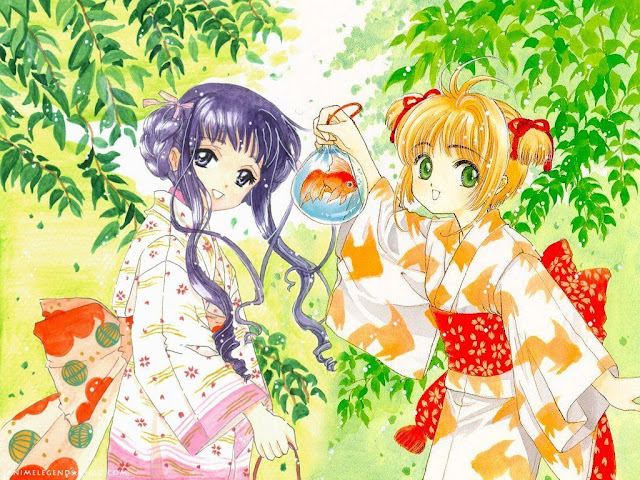 It would disappointing for me if I can’t feature these two– and there is a  reason for it. Let’s talk about Cardcaptor Sakura‘s Sakura Kinomoto and Tomoyo Daidouji. 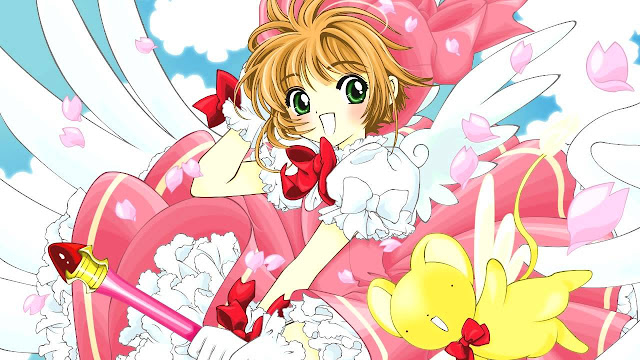 For those who do not know: Cardcaptor Sakura is a popular manga and anime series created by the all-girl manga team CLAMP. There’s actually a sequel to the manga series and it’s ongoing this year.

The story is about an ordinary girl named Sakura Kinomoto who finds a book in their basement which had magical cards called the Clow Cards. When she called one of the card’s names “Windy”, all the Clow Cards were blown and scattered all over Tomoeda. It is Sakura’s mission to get the Clow Cards back, keep her Cardcaptor duties a secret. as she deal with school, crushing on boys, and other things.

Only a chosen few know about Sakura’s secret. One of them is her best friend, Tomoyo.

The Friendship of Sakura and Tomoyo 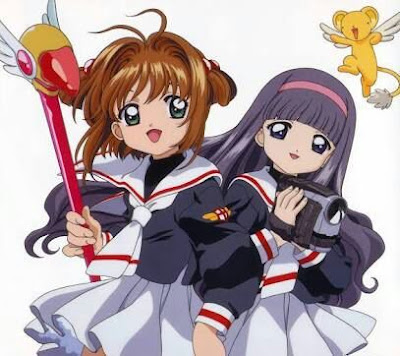 Reminder: Okay, this part will have a bit of spoilers especially if you haven’t finished the anime or manga yet. So you’ve been warned.

Of all the anime characters that I can remember at the top of my head that have a very solid friendship, it would definitely be Sakura and Tomoyo.

Sakura is like your typical middle-class school girl who is carefree, bubbly, and enthusiastic. Tomoyo is sort of an opposite: she belongs to a very wealthy family (apparently it’s only her and her mom), soft-spoken, and very (I mean very) loyal especially to Sakura.

The most notable moments of their friendship is when Tomoyo makes costumes for Sakura in every episode. Though it is awkward in Sakura’s part, she knows that wearing Tomoyo’s costumes and letting her film her adventures and things will really make her happy. Which is why these two will remain one of my most unforgettable characters in anime.

Their families also have connections as well but we will leave that in another feature.

My memory may not be accurate but let me enumerate the notable scenes that I liked that have something to do with these two: 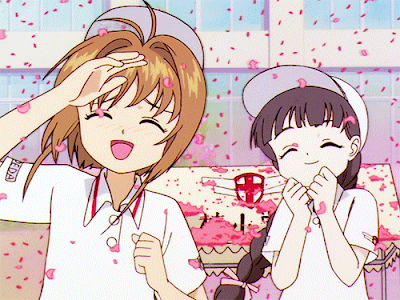 Let’s start with Episode 10 – The Flower Card episode. This was the episode when Sakura’s school had a sports festival of some sorts and the entire place was getting covered by a lot of flower petals. Fast forward, Sakura successfully captured The Flower and sealed her back into her Clow Card form. There was this moment when Tomoyo said “I love you” to her bestfriend. Sakura replied to her but it was in a “I love you AS A FRIEND too” kind of tone. An ouch for Tomoyo’s part, but she was able to give out a smile until the end of that specific episode. 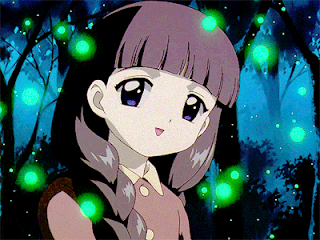 As much as want to explain about the manga moment, it’s probably all just the same. The only difference is Tomoyo’s feelings for Sakura are bluntly obvious there than in the anime. Well, it’s up to you if you guys will agree with me or not.

The Ship That Started It All 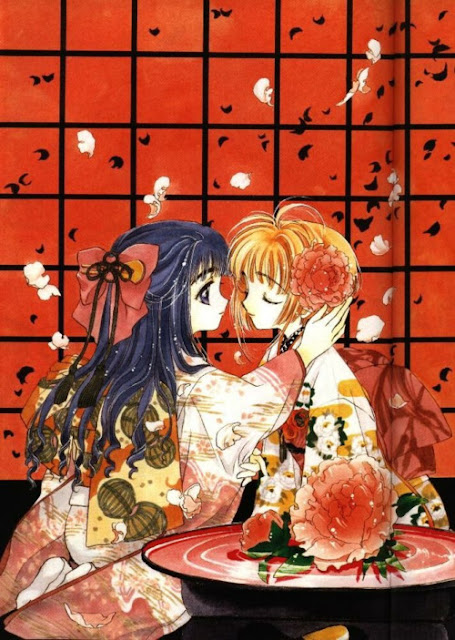 With all that said, I’m just going to drop it here: Sakura and Tomoyo got me to love yuri. It’s their very close friendship that got me to admire them even more, it’s the subtext that CLAMP placed around these two that got my curiosity to yuri fanfiction and fanart going, and it was Tomoyo that made me realize that sometimes you can never get the person you like to like you back. Instead, just be happy for them whenever they are happy. Damn… 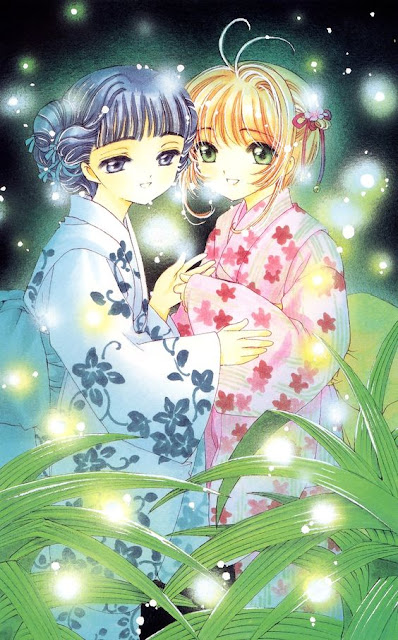 So this feature is dedicated to them. I really thank these two for getting me into this genre. I have been introduced to all of the series and content under it because of them. The most important thing of all, I got to meet some very cool people online and offline who appreciate this genre the same way as I do.

It doesn’t matter to me anymore if they are really canon or not, I’m just thankful that these two got me into the awesome world of Yuri.

How about you! What was your first shipping that got you into Yuri? Leave it in the comments! ‘Till my next feature!

Writer Fun bit: While I was writing 3/4 of this article, I had South Border’s ‘Kahit Kailan’ song on repeat. Don’t know really. It somehow fits? Well it got me to finish this in one go finally. Hope you enjoy reading this one.