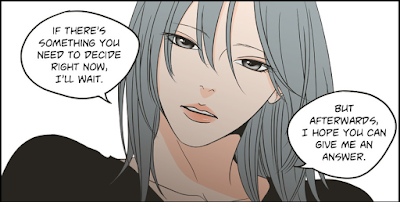 Time for another review. Spoilers ahead plus some two-point views on the characters and their situations.

Before I head on to my review, I have to be honest that I never wanted to write about this chapter. The reason is that this was just too much for me that it caused some emotional triggers. Well, enough hullabaloo; let’s get into the review! 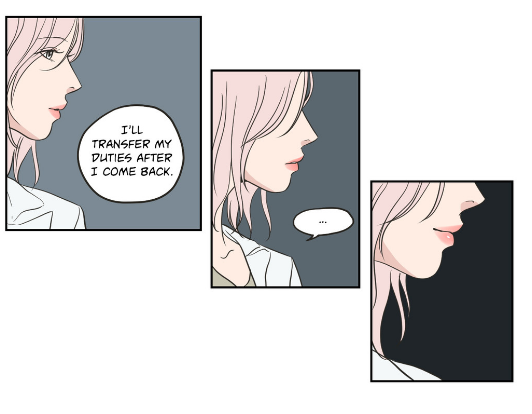 In this chapter, Sungji was still in a state of confusion. Dawoon arrived in Korea after a long time, reunited with her, and once again confessed to her that her feelings haven’t changed since. The blonde had known her for quite a while but she was still hesitant to make a proper answer.

Sungji immediately told Dawoon that she doesn’t want to go through this in bed and told her friend that she is seeing someone. After finding out that her girlfriend (Sumin) was sleeping with another woman (Seju), Dawoon immediately told her on impulse that she doesn’t deserve trash like her. Regardless of the little debate they had, Dawoon still assures Sungji that her feelings won’t change and she is willing to wait for her until she gets a proper answer. Damn, talk about loyalty to someone you care so much.

Meanwhile in Hello Studio, Sumin was instructed by Seju to go to Japan for a business-related matter for a week. She immediately told Seju that after the trip, the company needs to get someone to replace her post. Sumin also realized that Seju had no knowledge on the Chairman’s request for the both of them and decided to keep it a secret for now and kept their conversation short. As Sumin is now pushing through her resignation, Seju still needed more time to think about leaving the company or not.

As Team Manager, Sumin told her entire team (with Sungji present) ahead of time that she will be resigning “due to a personal matter”. The team was in a restaurant so there were emotional shifts of merriment and sadness. Sungji just kept quiet until they left the restaurant that night.

Sumin ended up drunk so Sungji had to accompany her to the car as one of the employees called a chauffeur to take her home safely. The team leader immediately asked Sungji who was the person who walked with her after work. Sungji immediately replied that “she was just a friend who likes me”.

The last few panels of this chapter ended with her and Dawoon having a phone conversation together and seemed like the blonde is comfortable with the care and concern that she was given. The chapter ends of her meeting up with Dawoon again and she seems to be looking forward to it.

Team Gaji really knows how to trigger their readers most especially to people who got friendzoned but still hanged on to their feelings for the people they love (okay, did I spoke too much?) 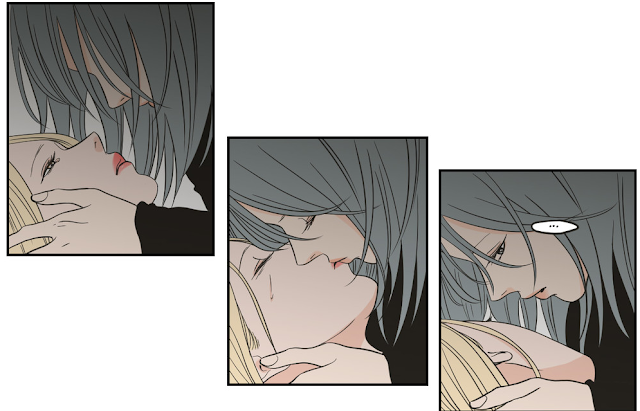 Let’s talk about Dawoon first. I adored her ever since her first appearance in Chapter 60 and I still do after reading this one. I have nothing against her liking Sungji and just her conversation on the phone with her, confessing to her again, and being honest with her about her feelings are more than enough for me to conclude that she’s worth keeping. On the other side of the coin. let’s not forget that technically, Sungji never gave her a proper yes or no yet.

I have nothing against the idea of Dawoon and Sungji together. Why? Sungji deserves someone better– someone who really cares for her and doesn’t really give her emotional stress and doubts. Let me remind all of you that putting doubts and emotional stress together can be a very deadly combo especially if you are a woman. Dawoon seemed to have the qualities that Sungji is longing for. If the blonde is going to pick her high school friend over her boss, then I respect that and I have no objections on this possibility. 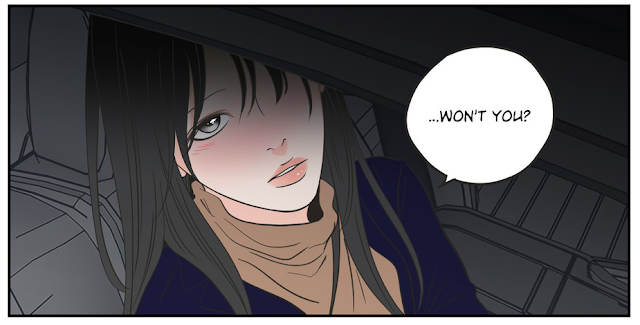 I am quite disappointed with Sumin in this chapter because she seems to haven’t done any efforts to bring her relationship with Sungji back together. As I’ve mentioned in my previous review, if she really loves Sungji then she is willing enough to risk and break the invisible barrier between them in order to fix what’s being broken. She has to make a choice: whether she picks Sungji and hopefully change for the better or go back to Seju, go with her to the States, and still live a life being caged in the past. Pick your poison, girl.

Seju must also understand that she can’t cage a person forever. As I’ve mentioned in my previous review, if she really cares for Sumin then she should let her have the freedom to choose who she wants to love and what she wants to do in life. This kind of situation can slowly kill a person little and little so it wont be long until the fuse will light up and explode you right in the face. On her part, she deserves to be free and not getting her mind too focused and obsessed on a certain person.

I’m disappointed with Sungji because the good harvest is laid to her on the table yet she is still hesitant to pick them and still worry about the rotten ones. There is nothing wrong in givng Dawoon a chance– after all they have known each other longer than Sumin. Though the thoughts of Dawoon being a “Sumin clone” is still not out of my mind due to their similarities in appearance, it doesn’t hide the fact that she is the typical knight in shining armor that the blonde is longing to have in her life. Come on girl! Doesn’t hurt to give her a chance.

Regardless of how triggering this chapter is for me, it goes to show that Team Gaji is now once again stepping their game in getting us hyped with the next chapter as well as making us rage with all these emotional cliffhangers. Well played Team Gaji– still a two thumbs up for this chapter.