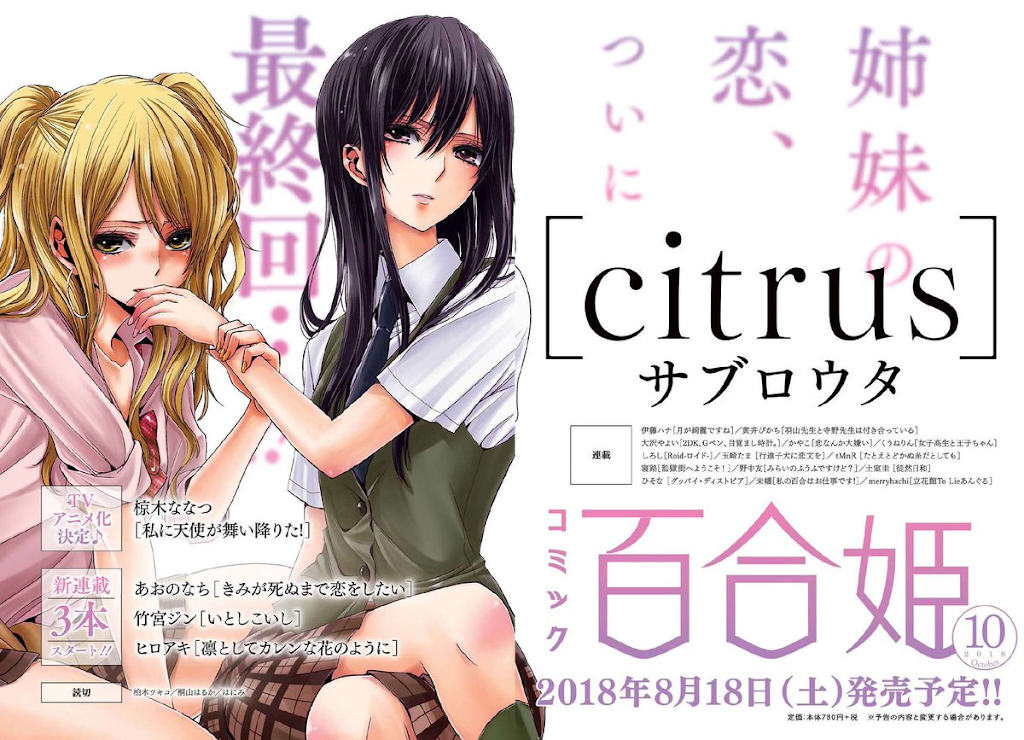 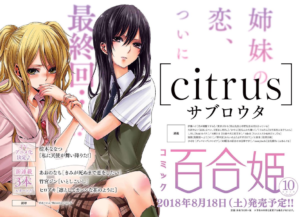 The translation of the key text in the scanned image says that “The sisters’ love is coming to the final part.”

A few days ago, many yuri fans have expressed their surprise and shock over this sudden announcement with the hopes that the ending will be a good and satisfying one.

Citrus is first published in Comic Yuri Hime on November 2012. An anime adaptation of the series was aired in Japan last January 2018 and ran for a total of 12 episodes. The manga has compiled a total of 9 volumes so far. 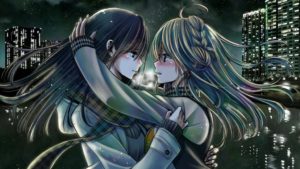