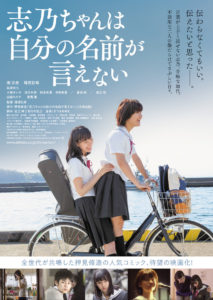 I admit the trailer is…something. The movie is something.

The official trailer for the upcoming live-action film adaptation of Shino-chan wa Jibun no Namae ga Ienai was uploaded on Thursday. The title is translated as Shino Can’t Say Her Own Name and its based on the manga of the same name created by Shūzō Oshimi. The movie is slated to premiere in Japan on July 14.

Shino-chan wa Jibun no Namae ga Ienai is about a shy freshman girl named Shino Oshima who is having trouble speaking with people and has very low self-confidence. She suddenly meets with her tone-deaf music loving classmate name Kayo and they have been hanging out together ever since.

The manga is actually based from Oshimi’s personal experience. 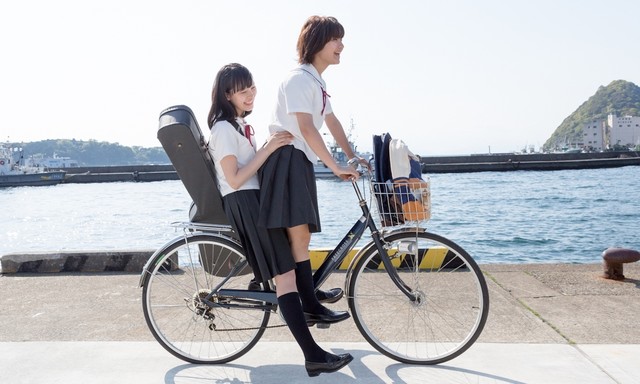 This will be directed by Hiroaki Yuasa with script by Shin Adachi. Main characters will be played by Sara Minami as Shino and Aju Makita as Kayo. Both girls are 15 years old and this movie is their debut.

Would be very nice to see this movie. Hope it gets international screenings soon.