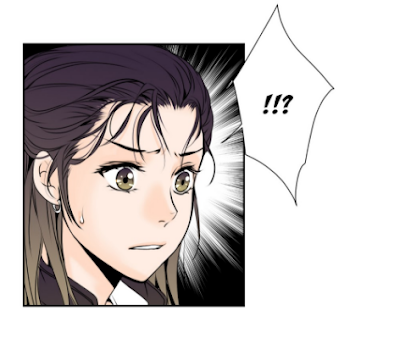 After having issues with my Internet service provider, I’m back with another Pulse chapter review. I would like to apologize if this has been long overdue. Better later than never I suppose. Warning: Spoilers Ahead.

In Pulse Chapter 26, Mel went full detective mode in tracking down Grace’s fiance– the person responsible for her current painful state. Mel was able to get one of his girls from finding out his location and where his car can be found. She instantly called Crystal about it and told her she’ll track down Tom at all cost. As much as her detective friend wanted to assure Mel that she can take it from here, the surgeon continues to remain stubborn and proceeded to take down the suspect herself.

Mel and Tom met face to face and this was the time when Mel’s hunches were true from the beginning. The chapter ends on a cliffhanging note when Tom pulls out a taser in front of her.
Thoughts
As I’ve mentioned way back in my previous reviews, Pulse shows no indication of slowing down and continues to tickle the curiosity of its fans anticipating for the next chapter release. Due to its intensity, I’d probably give this a 9 out of 10. Like many of the followers of this webcomic, I am worried for Mel (as well for Lynn) and hoping that things would turn around for the better.
I have mentioned in the Pulse Facebook group posts and comments that I have theories on how the entire story will turn out. But as promised, I decided not to share these theories and will reveal them once Pulse is near its series end.
Back to December
No Taylor Swift song reference title intended. Ratana Satis and her team recently announced that Chapter 28 will be released this December 2 giving a couple of weeks of waiting for Pulse fans. Completely understandable since awesome artists do deserve a break. If you have the time (and the money), the first volume of Pulse is now up for pre-order.