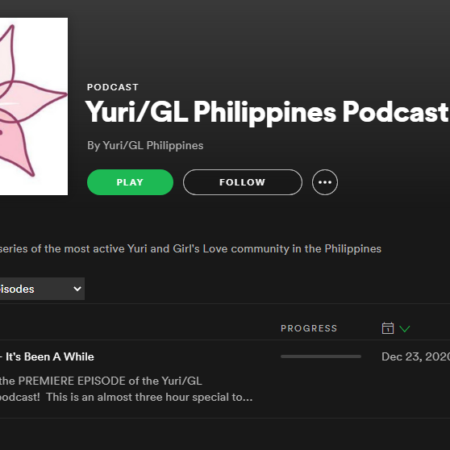 Yuri/GL Philippines, the Philippines’ most active Yuri and Girls’ Love community organization announced on Thursday that their official podcast series is now on the popular music and podcast streaming platform, Spotify. 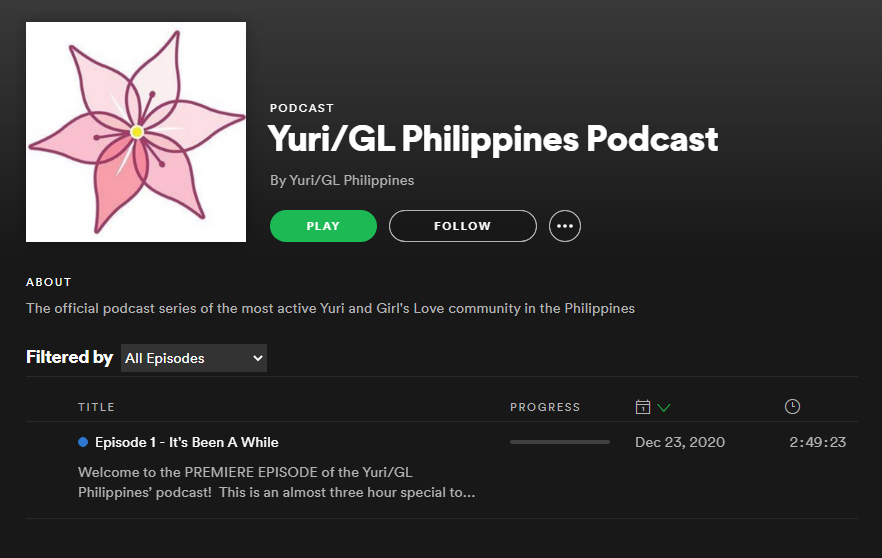 Members of the org have announced last September that a podcast series centered on Yuri and GL media was in the works. The premiere episode was uploaded on the official Facebook page in the same month.