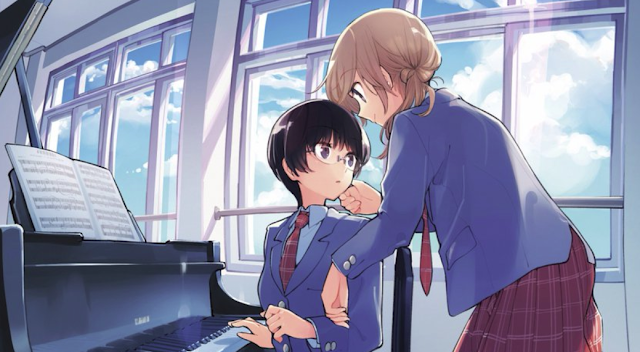 Happy (late) Halloween!
Manga publisher Yen Press released an announcement on their website that they have licensed the yuri manga anthology Eclair or Éclair: Anata ni Hibiku Yuri Anthology. The manga will be released in English in Spring 2018. A perfect time too since we got another addition of yuri-related media to look forward to aside from the Citrus anime adaptation.
The manga was first released in Japan last November 2016 and contains sixteen beautiful yuri stories that would really get you in the feels. The artists that have contributed for this special anthology are the following: Nio Nakatani (artist of Bloom Into You), Non, Yutaka Hiiragi, Sunao Minakata, Sakuya Amano (artist of Gosick), Shuninta Amano, Uta Isaki, Hachi Itō, Kabocha, Izumi Kawanami, Canno (artist of Kiss and White Lily for my Dearest Girl), Taki Kitao, Fumiko Takada, Kagekichi Tadano, Shiori Nishio, Harumi Chihiro, Auri Hirao, Mekimeki, and Kazuno Yuikawa.
Be sure to have extra space on your shelf for this one beautiful yuri compilation that every yuri fan should have.
The Lily Cat is your source for the latest updates and reviews on Yuri, GL, anime, manga, cosplay, and more.