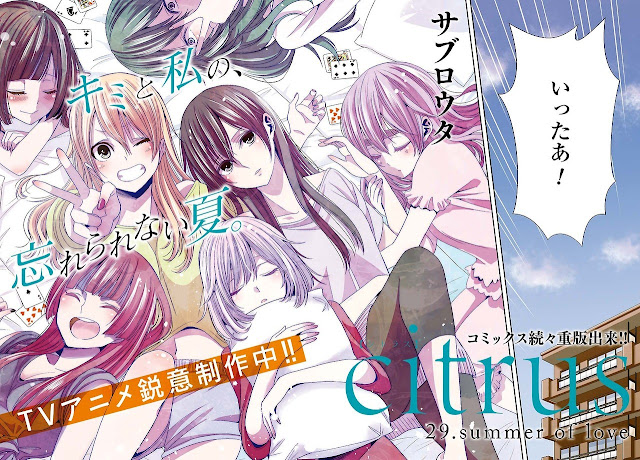 As Yuri fans continue to anticipate on the release of the 29th chapter of Saburouta’s Citrus manga, it is to find out that the voice cast for its upcoming anime adaptation remains the same as its Drama CD cast. Aside from the cast announcement, the colored page for the latest chapter has been surfaced online. Hyped yet?

So the following cast for the Citrus anime are:

The Citrus Drama CD was released in 2015 along with the release of the manga’s 4th volume in Japan.

Let’s hope that there will be more announcements related to the Citrus anime in the soonest time.