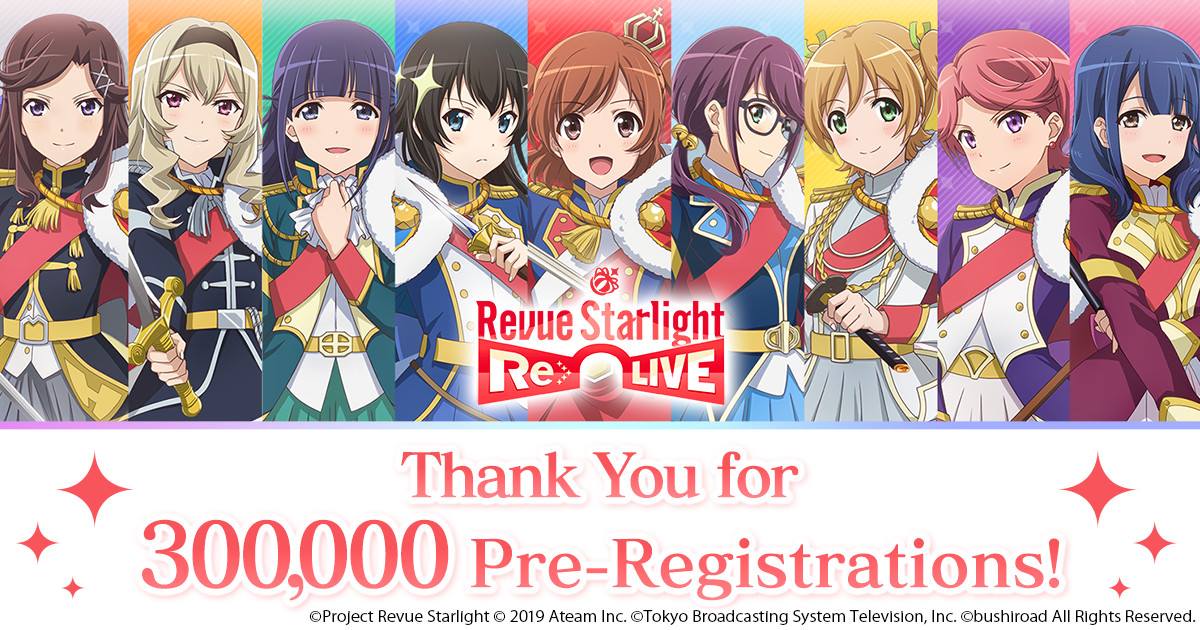 The official Facebook page of Revue Starlight Re LIVE posted on Tuesday that pre-registrations for the game has reached 300,000.

The global release of the popular smartphone game of the Revue Starlight franchise was confirmed last week The English release of the game will be available for both Google Play and Apple Store on April 22. Release for the European region is slated on April 30.

All players might be given all the 9 Seisho stage girls as rewards and this will be based on the number of pre-registrations.

More information on the pre-registeration can be found on the game’s official website (English).

Revue Starlight or Shoujo Kageki Revue Starlight is a new media project and franchise produced by Nelke Planning and Bushiroad (BanG Dream!, Tantei Opera Milky Holmes, Weiss Schwarz, Cardfight!! Vanguard, etc.) in 2017. The anime series is primarily notable for its theater and musical themes. It aired for a total of 12 episodes from July and September 2018. A spin-off anime titled Shōjo Konto All-Starlight was also announced on March 31.

The Revue Starlight anime series is currently available for streaming on HIDIVE.