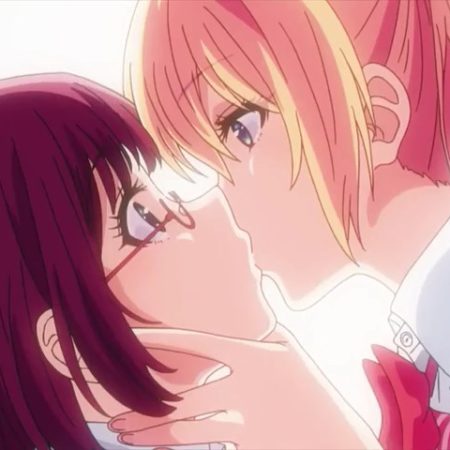 Because a lot of people have been asking what has happened to Yuri Nation owned by a fellow yuri blogger OG-Man (http://yurination.wordpress.com), the notable and long-running yuri fan blog is now under a new name and URL called “The Yuri Empire.”

In a post publish by OG-Man back in July 2, he explained for the intention of the name change.

This is something I’ve wanted to do for a long time. Something I should have done from the start. It is a necessary change.

Put simply Twitter was the last straw. For years some rapscallions kept making the same joke about the web address (remove the Y). It wasn’t much of an issue back then but after Twitter repeatedly removed the site link for that very reason I thought “Yeah the time for change has come.” The Yuri Nation is gone. In its place is The Yuri Empire. HOPEFULLY this will be the last time I’ll have to change the blog’s name.

The reason I say I should have gone with this from the start was because this blog was originally named “The G-Empire”. “G” being the first letter of my surname so think of this new name as a throwback. There is no long-winded speech about the change. Like I said Twitter annoyed me by repeatedly removing the website link on my page so I finally decided to change it.

I also planned on introducing a new Twitter page where I could freely talk about whatever I wanted, RT as many sexy anime and real life beauties as I wanted and just do my thing. Unfortunately Twitter doesn’t want register my phone number and I don’t feel it’s worth going through all the trouble of unlocking that 2nd page so it might as well be a failed experiment. Thus I’m still using the same Twitter Page, just with a new name @TheYuriEmpire. instead of YuriAmbassador. It’ll be the same as always with me talking about yuri, games, wrestling etc. The only difference is my trying to RT less sexy pics…emphasis on TRY. Yuri pics of course will remain plentiful, just pics of barely clothed beauties will be SOMEWHAT lessened.

This change was also necessary because while it was fun referring to myself as an ambassador for yuri goodness I bet many out there saw me as egotistical for doing so, which I kinda am, but it’s time to go back down to Earth and accept the fact that I’m just a (short tempered) yuri fan who still hopes to continue spreading the yuri love. I’ve been doing this for over 8 years and hope to keep going as long as possible.

Like last time it’ll be a while before the blog returns to its former glory but I’m a patient man and hopeful my fans, friends and passerby will help spread the word of this change.

Thank you for your understanding.

The Yuri Nation is one of the longest-running blogs dedicated to Yuri and Girl’s Love content notable for its anime, manga, and video game reviews under the related genres. The Lily Cat highly recommends this blog if you are looking for news and updates written by a dedicated yuri fan.