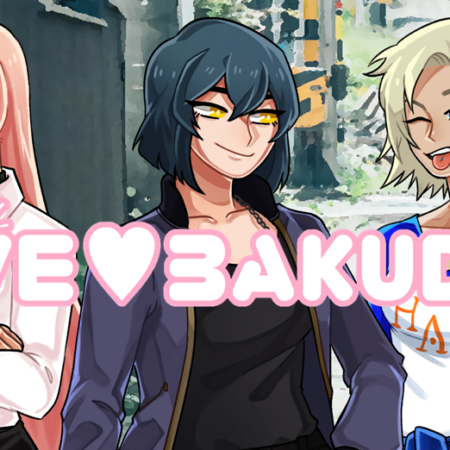 Aside from the constant releases of yuri anime for 2021, Noodletub Games has a treat for those looking for a new game to get into. Their latest 18+ yuri visual novel game, LOVE BAKUDAN is now available on Steam and Itch.io!

The game gives you the option of dating the beautiful lovelorn bartender, your cheerful best friend, a dangerous mobster, a drop-dead gorgeous firefighter, a mysterious Korean idol or a shy mangaka in the making. Finding the girl you like is all entirely up to you!

The project was launched in February 2020 and funded via its Kickstarter backers.

Get the game on Steam and in Itch.io today! They are currently doing a giveaway for those who want to get the game FOR FREE.